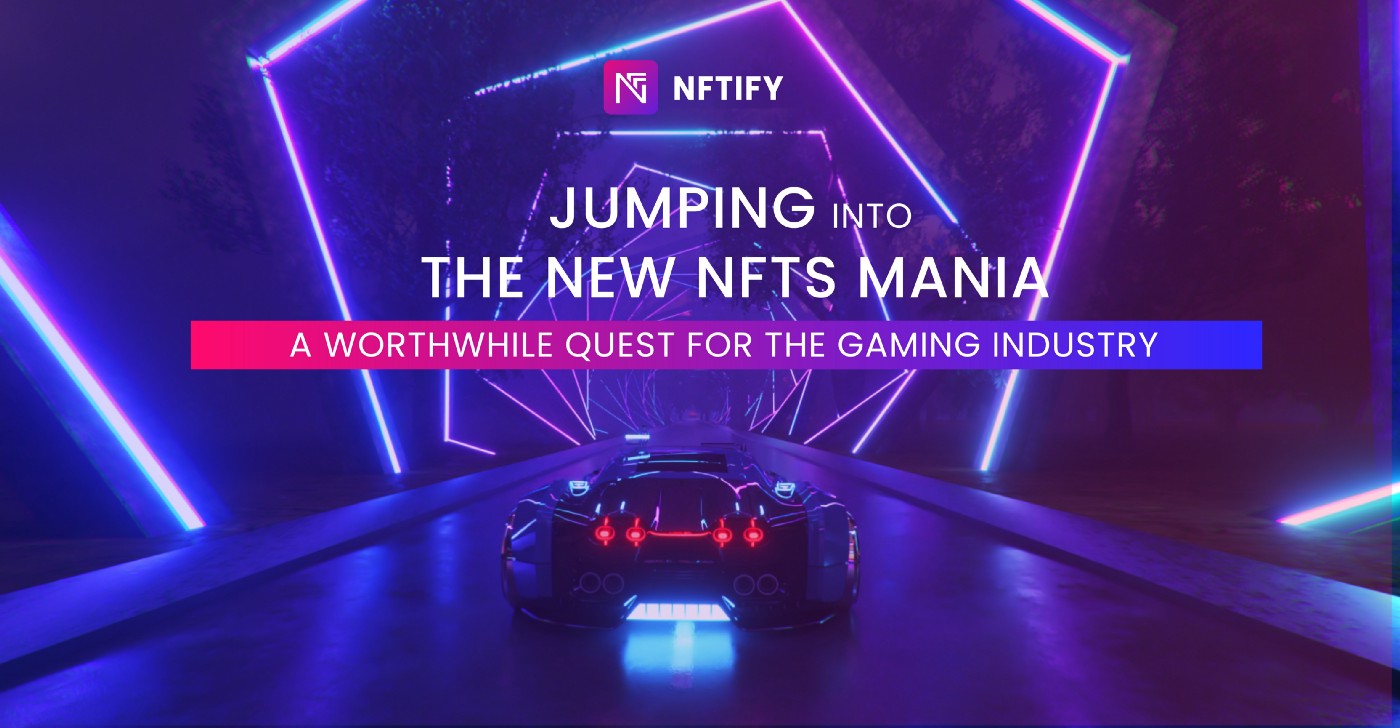 The dominance of the gaming sector in NFT sales

The arrival of NFTs marks a new and exciting event in which gamers can play an even bigger part in the economy by trading in-game items for money on NFT marketplaces.

The dominance of the gaming sector in NFT sales

NFTs have risen to become one of the most popular crypto trends in 2021, with global sales increasing 55 percent from 2020, from $250 million to $570 million in early September.

During the pandemic, game investments and acquisitions have also shown a rising figure in the NFT gaming industry. According to InvestGame data, 24 crypto/blockchain gaming companies completed investments totaling $476 million in the first half of 2021.

Recently, Forte has just raised $185 million, with Animoca Brands ($89 million in the second quarter) and Mythical Games ($75 million) following closely behind. These three companies alone have accounted for 75% of the total.

Axie Infinity, a gaming-related NFT project, is officially the highest-grossing NFT project ever. The game produced over $780 million in cumulative revenues from 1.4 million individual purchases in the previous 30 days alone, bringing its total sales to a new high of $1.1 billion.

Recently, Mythical Games, a Los Angeles-based NFT games startup, has raised $75 million from new and existing investors, who are betting on the company’s plans to expand the ambitions of their first title and find a significant platform opportunity while assisting developers in creating blockchain-based gaming experiences.

Receiving millions of dollars in investment and revenues; yet, creating an NFT game is no easy feat. As previously said, NFTs and video games are a match made in heaven since NFTs allow users to truly own and control what they buy, earn, or craft in-game. However, game producers are facing difficult challenges in establishing and monitoring the transactions from the in-game NFT economy. One of the most stressful tasks for any game studio when it comes to finishing their NFT game’s economic system is creating a solid mechanism for their in-game NFT trading platform, which is the most important feature for players to actually profit from in-game buying and selling activities.

To be more detailed, a lot of requirements must be addressed flawlessly when it comes to building a sustainable in-game NFT trading platform:

However, this is only the tip of the iceberg; depending on the game studio’s vision as well as the demands of its target players, there is much more to be done. This is just too much for a single gaming company to manage. Especially when the NFT trend is expanding at a breakneck pace, game companies are forced to adapt quickly to prevent missing out on this market’s enormous potential.

In light of the foregoing, creating an NFT game from the ground up without the help of a good team is nearly impossible.

NFTify is a sustainable NFT platform that can assist players, gaming studios, and developers in scaling their games and minting NFTs. Throughout the company’s sustainable growth, NFTify is backed, created, and operated by blockchain veterans specialists.

Coming as a complete package, NFTify allows game studios to immediately partake in the NFT gaming trend. In addition, NFTify can easily support any game with its in-game NFT marketplace integration, based on years of experience in delivering white label services. NFTify also has unique functions that aren’t always available on the market, namely allowing gaming businesses to import and utilize their own native tokens into the in-game marketplace, which help them get the maximum profit out of their NFT games.

Another important aspect of NFTify is that it allows game developers to customize their own domain, making it easier for the game to market and sell itself while also giving it a professional image in the eyes of its targeted gamers. Moreover, NFTify will also give free consulting to help you adopt NFT in your firm.

NFTify has also expanded the number of ways that game businesses and gamers can participate in the NFT frenzy. With the process taking less than an hour, NFTify is a gateway allowing gamers to build their own NFT shop without any upfront cost or technical experience. Gamers may then immediately list and trade their game NFTs, into their very own NFT stores. Bringing more to the table, NFTify is among the first marketplace to support up to 3 chains, including notable names such as Binance Smart and Polygon to ensure that the minting and transaction fees stay minimal.

For all these reasons, well-known brands in the NFT industry in a wide variety of fields who wish to add gaming elements into their current successful NFT projects are partnering up with NFTify. Notable names to mention include Rage. Fan, a fan-centric decentralized fantasy sports platform; Derace, a blockchain-based NFT horse racing platform where you can trade, breed, race, and wager on horses; and BaconDAO, a platform that assists in incubation and implementation of NFT projects and games, which are now gaining a lot of attention and investment.

According to the long-term strategy, NFTify is releasing some of its new features, including live auctions, NFT resell, multiple store managers, and AI copyright detection to assist users in getting the most out of their NFT experience.

With the aforementioned positive attributes, NFTify is a reliable partner that can quickly convert any traditional arcade into a lucrative NFT game.

Go ahead & open your NFT stores via: http://nftify.network/
Be a part of the NFTify community on Telegram, Twitter, Youtube